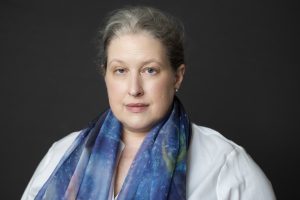 Elizabeth Earle (Founder/Artistic Director) is a Houston playwright whose plays include Concerto, produced at Scriptwriters Houston’s 10×10 in 2008; Cat, Mouse, Bird and Boy, produced by Wordsmyth Theater Company in 2007; and Blueness/Grayness, produced by Tapestry Productions in 2005 and for Edward Albee’s New Play Production Workshop in 2003. She has also had stage readings of Cat, Mouse, Bird and Boy at Last Frontier Theatre Conference, Valdez, Alaska in June of 2008, The Trial of the Queen of Hearts, Great Plains Theatre Conference, Omaha, Nebraska in May of 2008, and Shadow of a Tale, University of Houston last April. She produced Cat, Mouse, Bird and Boy and Veteran Silas at Company OnStage for Wordsmyth Theater Company in 2007 and directed Veteran Silas. She has worked as producer, director, and stage manager in local theaters for many years and has stage managed 14 productions for Company OnStage since 1999, including Arms and the Man, Sugar Bean Sisters, Heartbreak House, Barefoot in the Park, Incorruptible, Sound of Murder, A Doll’s House, Eleemosynary, Romantic Comedy, As It Is In Heaven, Deathtrap, The Importance of Being Ernest, The Complete Works of Shakespeare, and Dancing at Lughnasa. She holds a BA in Political Science from Tulane University, JD from University of Houston and has been a member of the Texas Bar since 1994. She has studied playwriting with Edward Albee, Mark Medoff, Lanford Wilson, and has been a playwright in Edward Albee’s New Play Production Workshop in 2003 and 2007. She has also served on the Board of Women in the Visual and Literary Arts, where she coordinated the Crossings project which resulted in an anthology and an exhibit at The Jung Center of collaborations between visual and literary artists. In addition to her arts career, she has been a published researcher for 14 years.

Karen Schlag (Advisory Board Member and Founder) is an Associate Artistic Director forMildred’s Umbrella Theatre Company, where her focus is educational outreach, developing and directing original scripts designed for children’s theatre. A Houston native, Karen studied dance early on and eventually began performing in Pennsylvania on radio, television and in theatre. Since returning to Houston in 2000, she has continued to perform in theatre and film. On stage she has performed as Nella in Murder of Crows, Mary Jones in Dark Matters, Mrs. Killbride in Bog of Cats and as a Vampirette in Mac Wellman’s Dracula for Mildred’s Umbrella. Some of her other work includes Nora in A Doll’s House and Echo in Eleemosynary at Company OnStage, ensemble member in Full Circle and the Tamalalia series with Infernal Bridegroom, Viola in Twelfth Night for Shakespeare by the Book in Richmond, TX, Claire in Proof at College of the Mainland, as the Vamp in for those who live in cities with dos chicas theatre, as Jennie in Chapter Two for Theatre Southwest and Playhouse 1960, as Jessica in Cat’s Paw at the University of Houston-graduate project. Karen has directed versions of Charlotte’s Web and Aladdin for Company Onstage. Karen also works as a member of the Texas Mime Theatre. On film she has recently played the starring role as Detective Linda Saunders in the independent film Brushing Death for CityCyclone Entertainment. Other film credits include Jenna in Bitters and Other Natural Remedies for Lunatic Fringe Picture. She holds a MA from Penn State University in Media Studies, and is currently a communications professor at the University of Houston/Downtown.

Susan Missiha (Marketing) is a real estate agent for Prudential Gary Greene Realtors where she has received the Top Producer Award every year since 2002. A Repeat Member of the Million Dollar a Month Club, she was also designated as a member of the prestigious President’s Circle award for 2007, putting her in the top five percent of all Prudential real estate agents nationwide. Prior to real estate she worked 10 years as a Quality Assurance Analyst in information systems, for Grumann Technical Services, Owen Healthcare and American General. At Grumann she was a member of the National Association of Management group, and was Newsletter Editor and Publisher for the local Clearlake chapter. While at American General she was recipient of the 2000 American General Community Spirit

Award. She has been a member of The Professional Group (TPG), a 501(c)3 women’s business networking group since 1999, and Board Member for two years. She has been Chairman of the Program Committee and the Education Committee, as well as serving on the New Members Committee, Special Project Committee, Meeting Coordinator Committee, and various others. For her contribution she has twice been recognized as a recipient of the Star Pin Award for excellence. From 2000-2003, she was Founder and President of Successful Women’s Investment Club. She began serving as a board member for the Willowbend Civic Club in 2000, where she successfully wrote grants for the esplanade neighborhood beautification project. She holds a Bachelor of Science from University of Houston/Downtown in Management Information Systems, and an MBA from University of Houston/Clear Lake. A graduate of the Realtors Institute (GRI), she has been a member of the Houston Association of Realtors, Texas Association of Realtors and the National Association of Realtors since 2002.